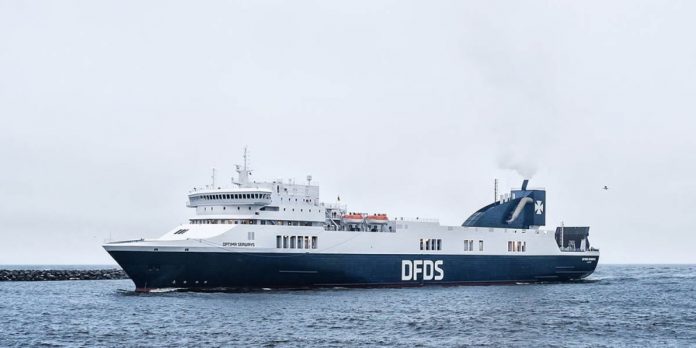 DFDS has announced that the Visentini built Optima Seaways will join Visby and Kerry on their new Rosslare – Dunkerque route launching in January.

Last week it was confirmed that DFDS will charter two vessels for the new Ireland – France route, however, Optima Seaways is owned by DFDS.

Optima Seaways was built in 1999 as Alyssa, initially operating for CoTuNav and Trasmediterranea, before being renamed Svealand in 2001, for operations on the Baltic Sea with Scanlines and TT Line. She joined a DFDS Lithuanian (DFDS Lisco) branch in 2006 who renamed her Lisco Optima, before finally being renamed Optima Seaways in 2012