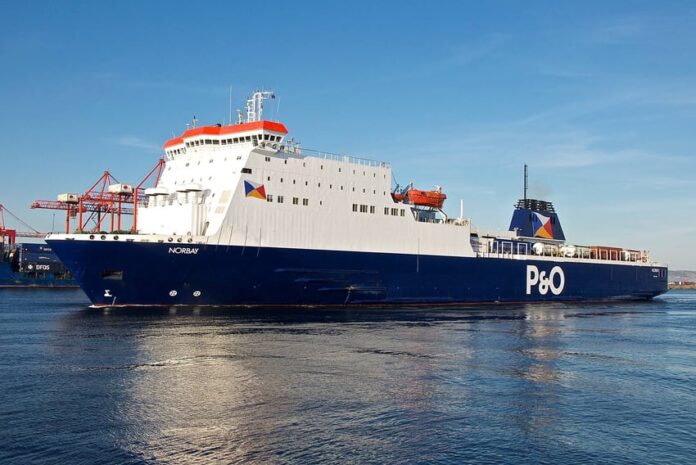 This morning, P&O Ferries cancelled sailings, and instructed all vessels to remain alongside “in preparation for a company announcement”.

Shortly before 13:00, news broke that staff will be replaced by agency workers, in a move that unions were not consulted on, and have called ‘outrageous’. Seafarers were given immediate severance notices this morning, Thursday 17 March.

Ferry sailings have been suspended ‘for the next few days’ whilst the transition takes place.

The Rail, Maritime and Transport union (RMT) has instructed members to remain onboard and is demanding its members across P&O’s UK operations are protected, and that the Secretary of State intervenes.

Stormont Assembly members, whose constituency covers the port of Larne have raised concerns about the possible implications for the route it operates between Cairnryan and Northern Ireland.

East Antrim MLA John Stewart, who has relatives that work at the port, said staff were unsure as to what would be announced.

Speaking on BBC Radio Ulster he said “The information is being nothing more than drip-fed to them.”

Meanwhile, around six shore based staff who work for the company at Dublin Port have been given assurances that their jobs will be unaffected.

P&O sail from Dublin to Liverpool, Larne to Cairnryan, as well as Hull to Rotterdam, and Dover to Calais.