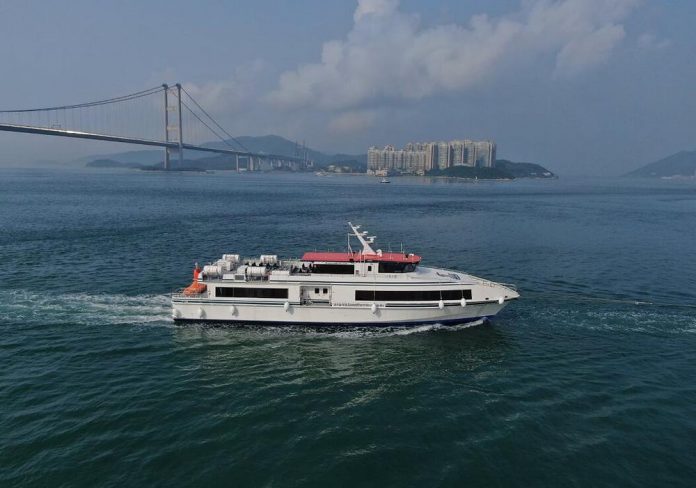 The largest domestic ferry to sail in Ireland, the 40-metre ‘Saoirse na Farraige,’ has begun her delivery voyage.

The ship, constructed by Cheoy Lee Shipyards in Hong Kong, was loaded aboard the heavy lift ship ‘Svenja’ last week.

The vessel, which has a capacity of 400 passengers, will operate from Rossaveel, Co Galway to all three Aran Islands, taking 45-minutes to reach Inis Mór, 50 minutes to Inis Meáin and 55 minutes to Inis Oírr, the company says.