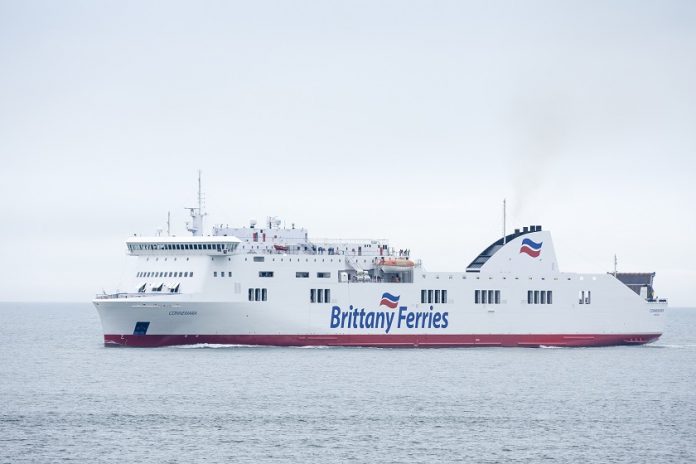 Brittany Ferries is carrying more than 1,000 freight units a month on its seaborne route connecting Rosslare in Ireland with Bilbao in Spain. In total, 7,874 units were carried in the first eight months of this year, which was 70 percent or 3,246 units up on 2020 figures.

Since April, the route has consistently carried in excess of 1,000 trucks and trailers per month.

Ferry lanes linking Ireland with Spain were opened for the first time by Brittany Ferries in 2018. Since then the Rosslare-Bilbao route has become an important artery for hauliers and logistics operators. The number of companies using the service has grown by 70% since the first year.

Furthermore, latest data reveals changes in the way many haulage companies are moving goods across the continent. Mirroring wider trends across the industry, the number of unaccompanied loads on the route have increased by 46 percent in just a year.

Unaccompanied – or driverless – loads refer to trailers that are dropped off at the dockside by one company, driven aboard a ferry in port, then collected at their destination by another. Several companies have set up twinning operations with partners on the opposite side of the Bay of Biscay and Irish Sea. Irish hauliers can then pick up unaccompanied loads arriving from Spain, with Spanish hauliers picking up loads arriving from Ireland.

“Brittany Ferries has a long history of testing the marketplace with new routes, new ships and new ideas,” said Simon Wagstaff, freight director Brittany Ferries. “It wasn’t the quickest start for Ireland Spain, but we stuck with it because we could see the way the world was turning.”

“Firstly we knew we had to facilitate what became known as the Brexit by-pass, which meant presenting alternatives to the UK land-bridge for hauliers in Ireland and on the Iberian Peninsula. Secondly, the arrival of Covid coincided with a move towards unaccompanied loads. As a company, we were ideally set up to serve this growing trend in the industry.”

In Ireland Brittany Ferries operates from two ports, Rosslare and Cork. Rosslare is also connected with Cherbourg in Normandy as well as Bilbao in Spain.

Services from Cork, which are more oriented to passenger traffic, connect with Roscoff.

The Rosslare Bilbao service operates twice week in each direction, with sailings from Rosslare on Wednesdays and Fridays, and from Bilbao on Thursdays and Sunday.