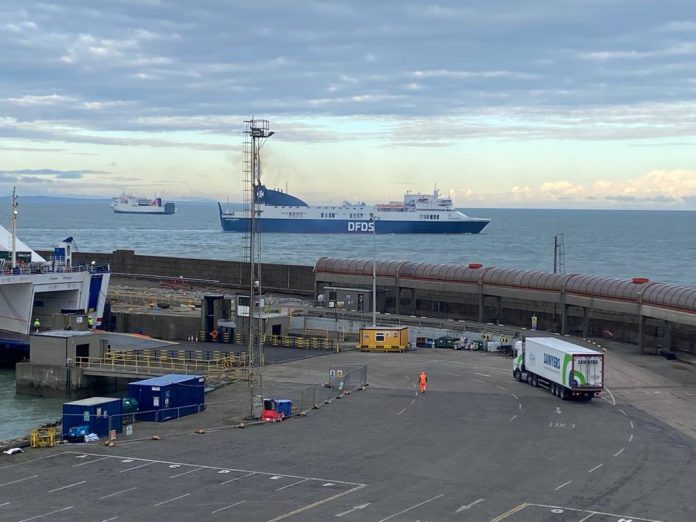 Optimia Seaways launched DFDS’s new Rosslare Dunkirk route on Saturday (2 January ’21). The first ship was fully booked, and carried almost 100 trucks and trailers to Dunkirk, with a similar number aboard a later DFDS service from Rosslare later in the day.

The DFDS route is aimed at transport companies and lorry drivers who previously used the UK land bridge to get to the continent, but now wish to avoid any Brexit-related delays as a result of customs checks and more paperwork.

While it will take almost 24 hours to get to its destination, bringing drivers directly to Dunkirk reduces red tape as well as the need for rest periods, which would otherwise have been taken while crossing Britain.

The new DFDS services, along with daily services from Stena Line to Cherbourg, mean there will eventually be 15 return crossings from Rosslare to the continent every week, representing a near-tripling of the number of routes available to drivers from the Rosslare.