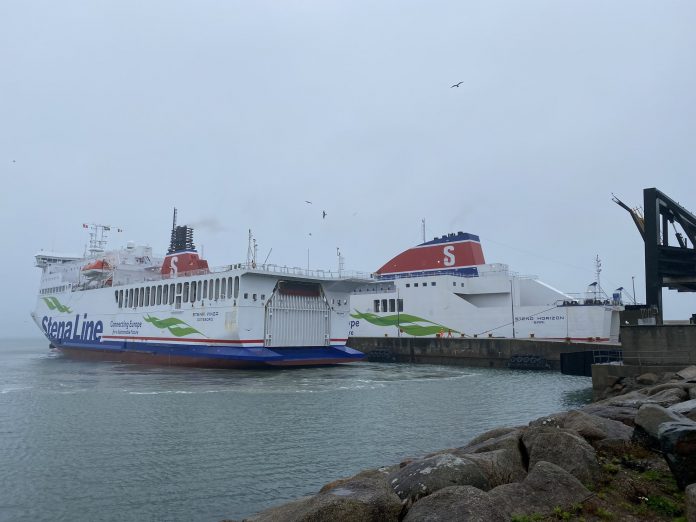 Stena Line’s Stena Vinga today arrived on the Irish Sea, taking over from the Stena Horizon on the Rosslare – Cherbourg route.

This is the Stena Vinga’s first time in either an Irish or French port. She was built as the Hammerodde for the Danish ferry company, BornholmerFærgen by Dutch shipyard, Merwede BV and entering service in April 2005. She is based on a design by defunct yard Van der Giessen-De Noord (the same design as Ben-My-Chree (Isle of Mann SP) and Commodore Clipper (Commodore Ferries)).

After delivery, she sailed from Bornholm to mainland Denmark, Sweden and Germany. In 2010, the Hammerodde had an additional car deck added, as well as extra passenger facilities. In 2017, she was sold to Stena RoRo, and in 2017 was reflagged in Sweden, and placed on the Gothenburg and Frederikshavn route prior to her transfer to the Celtic Sea.